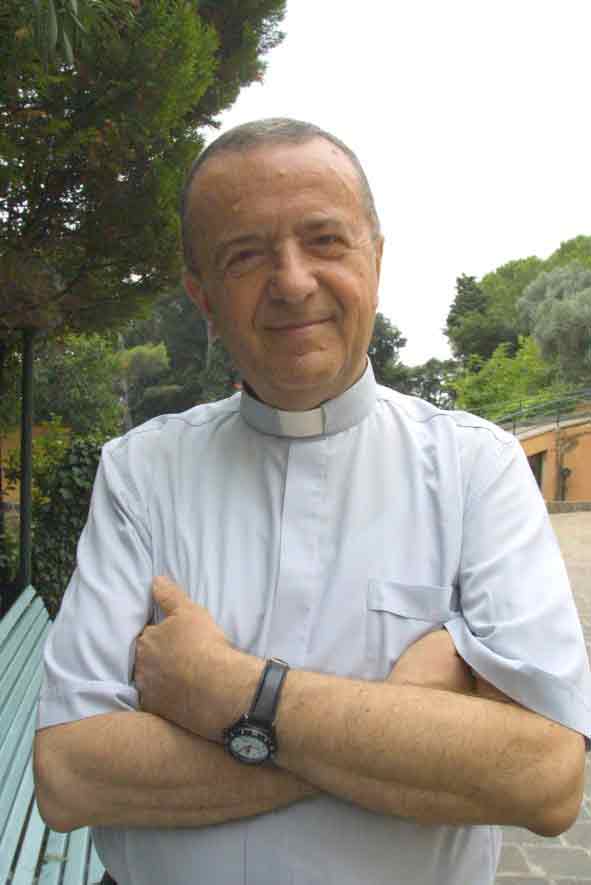 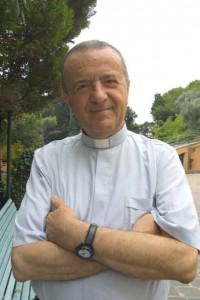 Born in 1929 in Tronzano Vercellese, he attended the diocesan seminary of Moncrivello (Vercelli), joined Pime in 1945 and ordained a priest in 1953. He was supposed to leave for India, instead superiors kept him in the press, at first provisionally, then ended up staying in Italy and in 2013 celebrated 60 years of priesthood. He was one of the founders of the Italian Missionary Publisher (EMI) in 1955, of the Pime Missionary Center in Milan in 1961, of “Mani Tese” in 1964, of “Asia News” in 1986, of the Historical Office of Pime in 1994 and then, in Rome, of the resumption of Causes of Beatification of Pime: there were only two blessed, Crescitelli and Mazzucconi and a servant of God Paolo Manna; today four new blesseds (Manna, Vismara, Vergara and soon Cremonesi) and other servants of God (Candia, Ramazzotti, Tantardini, Salerio, Biffi) and waiting to become one (Pastors, Pirovano).

He was director of “The Catholic Missions” (1959-1994), which since 1968 has been called “World and Mission” and Gaddafi directed it (1969-1994); he also directed “Italia Missionaria” from 1976 to 1992). Shortly after his priestly ordination he collaborated with newspapers and magazines also secular (in particular “Gente” and “Il Giornale” by Indro Montanelli); and lived the Second Vatican Council as a journalist of the Roman Observer and, appointed by John XXIII in September 1962,, “expert” for the conciliar decree “Ad Gentes”.

This allowed him to make contact with many bishops of the missions that invited him to visit them. Going to Vietnam in 1967 invited by the Archbishop of Saigon Nguyen Van Binh, he took positions against the current, as during the Vietnam War and the Khmer Rouge in Cambodia: in Italy he was the first to denounce that the “liberators” were in fact new oppressors of the people. So he wrote a lot about hunger in the world and the underdevelopment of peoples, which he attributes first of all to educational-cultural-religious factors, before economic-political-technical. Man is the protagonist of development, not money. The only real revolution that has positively changed humanity is that carried out by Jesus Christ, who revealed to man the face of God and with his life and his Gospel taught the humanizing principles that made humanity develop (love, peace, forgiveness, absolute value of the human creature, in this woman is equal to man as dignity , monogamous marriage and forever, etc.).

Father Gheddo has written more than ninety volumes, with about thirty translations abroad and has collaborated with various newspapers and radio-television. He presented the Sunday Gospel on Rai-Uno television every Saturday evening (1993-1995) and at Radiodue every morning at 7.18 am for different periods. He spoke for several years on Radio Maria with the column “The mission continues”. He received several awards, the two main ones are the “Premio Campione d’Italia” in 1972 (annual recognition of Italian journalists), awarded to him by Indro Montanelli who later became his friend and with whom he collaborated in the newspapers he directed; and the UCSI Catholic Press Award in 1980 and 2011.

From 1994 to 2010 he was director of the Historical Office of the Pontifical Institute for Foreign Missions in Rome, where he taught in the pre-theological seminary of Pime; but in his institute in Milan he had an office and the secretary (Sister Franca Nava, missionary of the Immaculate Already nurse in India and Bangladesh), for the journalistic collaborations and evening conferences to which he was often invited. For years he lived a month in Rome and one in Milan, going back-and-forth by car to bring work material. He was postulator of three causes of canonization: Dr Marcello Candia (lay missionary with Pime in the Amazon already Venerable, 1816-1983), Father Clemente Vismara (1897-1988, for 65 years in Burma, beatified in Milan on June 26, 2011) and brother Felice Tantardini (1898-1991, for 70 years in Burma).

In 2006 the Archbishop of Vercelli, Mons. Enrico Masseroni, began the diocesan process for the Cause of Beatification of his parents, Rosetta Franzi (1902-1934) and Giovanni (1900-1942), on which he wrote two volumes: “The will of the captain” with the letters of Father John from the War in Russia (São Paulo 2002) and “These Holy Parents” (São Paulo 2005). The first diocesan process (2006-2008), was blocked by the Congregation of Saints for numerous procedural errors and poor documentation on the sanctity of the two servants of God. In February 2015 the new Archbishop of Vercelli Marco Arnolfo relaunched the Cause by appointing a new Postultrice, Mr. Arnolfo. Lia Lafronte della Rota Romana, who in a few months, engaging in Vercelli, has found a lot of written and oral documentation that allows to resume a new diocesan process shortly. The journey of Rosetta and John, with the help of God and the prayers of many faithful, is less difficult and faster than feared.

In October 2014 the last three chapters of the biography of Father Luigi Pezzoni, missionary doctor in India, founder of the Diocese of Nalgonda, the Citadel of Lepers and ex-Lepers and the Catholic University of Nalgonda (1931-2013) were ending. On October 15, 2014, Father Piero fell up the stairs leading to his office in the Pime of Via Monterosa in Milan and has since been blown between hospitals and nursing homes. Today it is located in a health facility of the Diocese of Milan, in a community of elderly priests in need of care; Father Piero is “in assisted convalescence” to become self-sufficient again and return to pime in Milan and asks for a prayer, not to heal, but to always do the will of God, good and merciful Father, who does and allows everything for our greater Good: Paradise, eternal life “where people are all right” , wrote Blessed Father Clemente Vismara.

Saints are the gospel lived